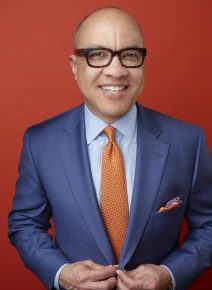 Editors’ Note: The following is an edited transcript of an interview between HistPhil co-editor Benjamin Soskis and Ford Foundation president Darren Walker. In 2011, the Ford Foundation moved its archives, which had previously been housed in its New York headquarters, to the Rockefeller Archive Center (RAC). Two years later, Walker became president of the Foundation. Since … END_OF_DOCUMENT_TOKEN_TO_BE_REPLACED